The Large Hadron Collider (LHC) is a particle accelerator and hadron collider located at CERN, near Geneva, Switzerland. Currently under construction, the LHC is scheduled to begin operation in May 2008. The LHC is expected to become the world’s largest and highest-energy particle accelerator. The LHC is being funded and built in collaboration with over two thousand physicists from thirty-four countries as well as hundreds of universities and laboratories. When activated, it is theorized that the collider will produce the elusive Higgs boson, the observation of which could confirm the predictions and ‘missing links’ in the Standard Model of physics and could explain how other elementary particles acquire properties such as mass. The verification of the existence of the Higgs boson would be a significant step in the search for a Grand Unified Theory, which seeks to unify three of the four fundamental forces: electromagnetism, the strong force, and the weak force. The Higgs boson may also help to explain why the remaining force, gravitation, is so weak compared to the other three forces. In addition to the Higgs boson, other theorized novel particles that might be produced, and for which searches are planned, include strangelets, micro black holes, magnetic monopoles and supersymmetric particles.

Comment
The LHC is a project of which I try to keep track of any interesting news article I can find. On one hand this seems to be a major effort to push the boundaries of physics and our understanding of the world with a large leap forward. On the other hand the related safety concerns seem to be limited and any incident unlikly, but the possible consequences nevertheless seem very frightening to me. Lets hope that this is not just another Pandoras Box being opend soon.

Update March 20, 2010
On March 19, 2010, it was announced that protons have been accelerated to 3.5 TeV, the full energy planned for the next year (pending the repair of defective magnet interconnection joints; still only half the design 7 TeV energy per beam expected after repairs).

As a comparison, DESY, Germany’s largest collidier, has “just” an output of 27.5 GeV on one beam and 920 GeV on the other.

Regarding possible “side-effects”, as a matter of fact cosmic rays impacting in Earth atmosphere routinely exceed the energy expected from the LHC. 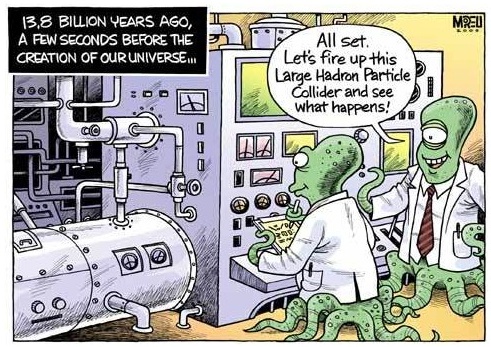 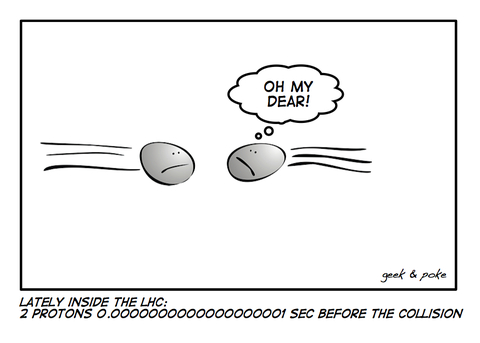 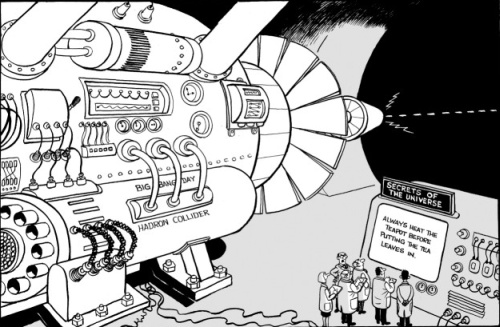