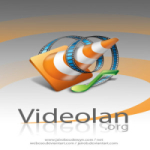 VideoLAN is a complete software solution for video streaming and playback, developed by students of the Ecole Centrale Paris [1] and developers from all over the world, under the GNU General Public License [2] (GPL). VideoLAN is designed to stream MPEG videos on high bandwidth networks.

VLC can also be used as a streaming server.