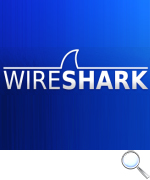 Wireshark is a free packet sniffer computer application. It is used for network troubleshooting, analysis, software and communications protocol development, and education. In June 2006 the project was renamed from Ethereal due to trademark issues.

The functionality Wireshark provides is very similar to tcpdump, but it has a GUI front-end, and many more information sorting and filtering options. It allows the user to see all traffic being passed over the network (usually an Ethernet network but support is being added for others) by putting the network card into promiscuous mode.